Why We Failed On Amazon But Succeeded On Shopify 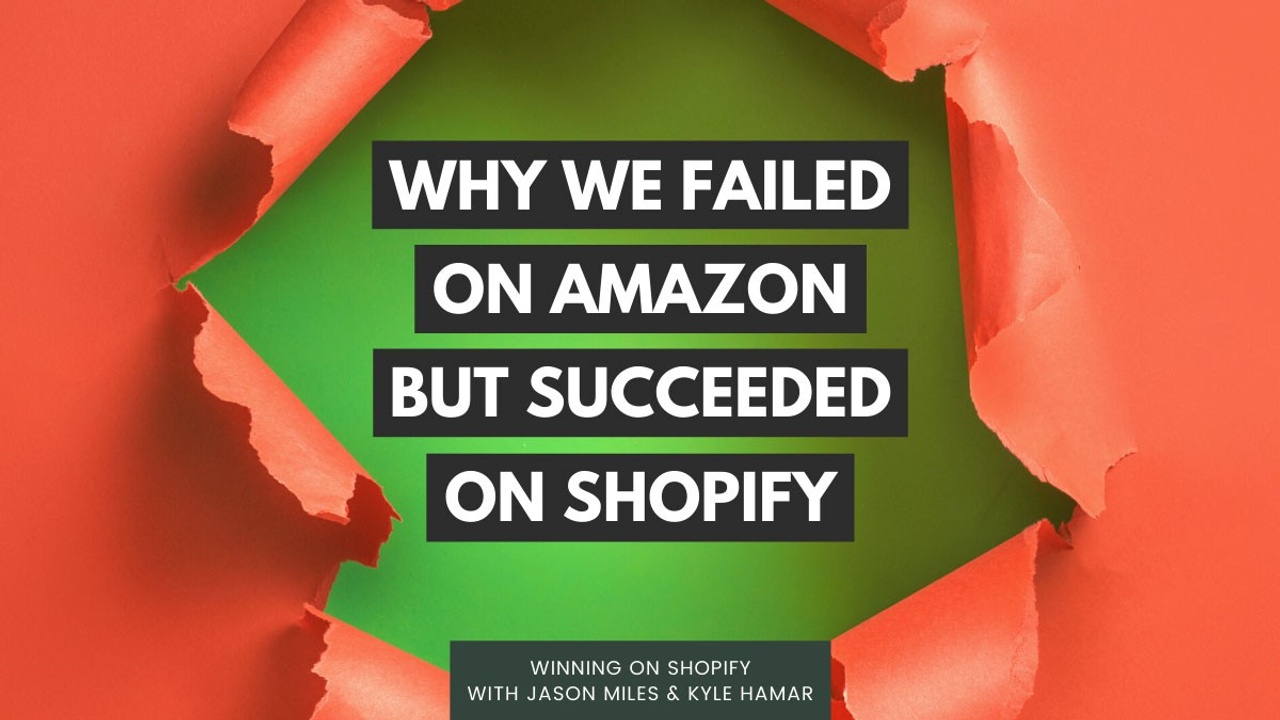 Lots of people try to sell on Amazon and fail. We did. And although I don't generally like to dwell on my failures, I think in this case it might be helpful to share about it - in the off chance that you're in the same boat.

Of course - my prescription for success is to sell direct-to-consumers via Shopify - which may or may not be the right solution for you - I get that. But if you've failed on Amazon then my best suggestion is to diagnose the root cause of the failure, look at it carefully, and then craft a new plan that is built on those hard-won lessons. 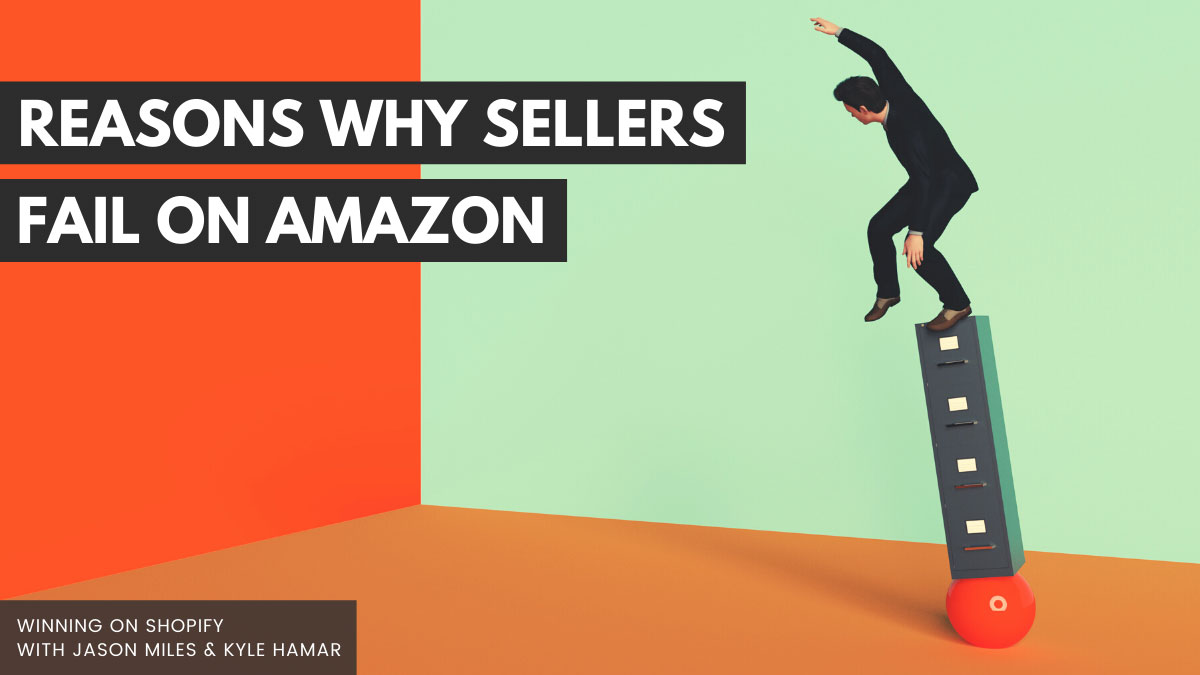 Reasons Why Sellers Fail On Amazon

There are a lot of ways to fail on Amazon. Let's document the most common (and I'll share which one snagged us):

This list could go on and on. There are tons of ways to fail on Amazon. 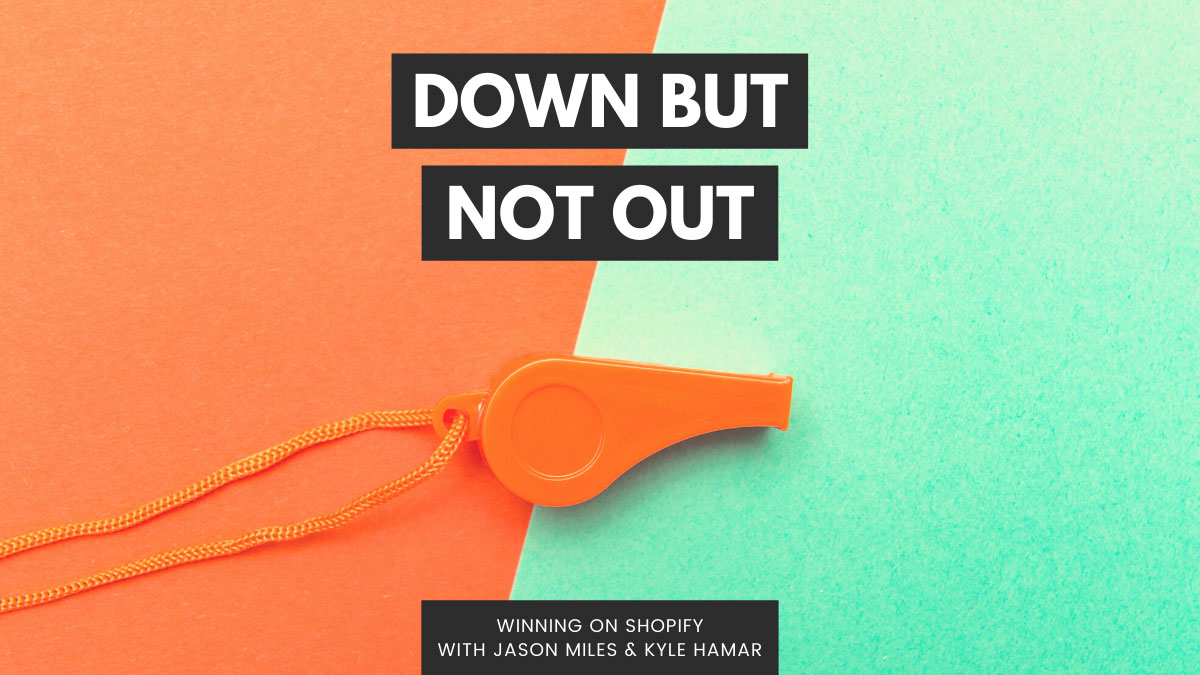 Down But Not Out

There is a real emotional toll to pay for trying to do something and failing. As I always say - it sucks to suck. I hate losing and when you're trying to sell on Amazon and it's not working - you feel like you're dumb. When you're in the middle of a failure - it's so easy to let doubt, fear, and frustration put a stranglehold on your hopes, plans, and strategic thinking.

As we tried to step back and interpret the outcomes - we realized our two snags were:

First, a realization that our product (digital doll clothes patterns) was designed for seamstresses that were used buying paper patterns (at Joann's or other fabric shops) and our goal was to convert them to a digital shopping experience. So if they were not on Amazon looking for the item we wanted to switch them off of - how could we do it?

Given this ideal selling situation - you might wonder - how we got into selling on Amazon at all. Well, not being very smart, when Zulilly came calling and asked us to work with them to sell something on their site - rather than finding a way to get them to bend to our methodology - we decided to make a CD product (doll clothes PDF files on CD) so they could sell them on their site. This is the product we tried to sell on Amazon and failed with... it was a version of our product that we adapted to try to work on the Zulilly and Amazon system.

I know so many Amazon sellers - and they are so intensely focused on Amazon - that when I tell them my stories they go right into the 'fix-it' mode and try to help me resolve the challenges of selling our items on Amazon.

Ultimately, I reject their advice. Not because Amazon isn't great (it certainly is for many sellers and situations) but because every second I spend trying to fix something that is fatally flawed - is another second I'm not optimizing and improving my Shopify system that does work well. So I've decided I'd rather focus on winning on Shopify - than trying to no fail on Amazon. 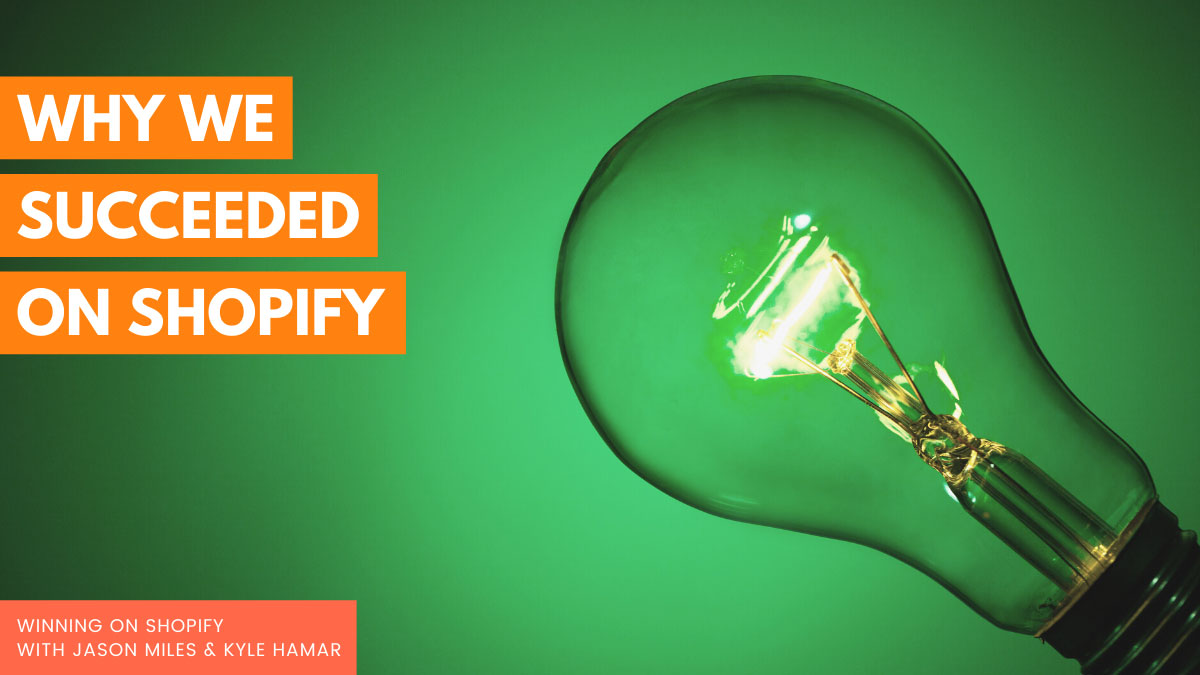 Why We Succeeded On Shopify

We succeeded on Shopify because it allowed us to sell what we wanted in the way we wanted to sell it - and that began to work effectively. 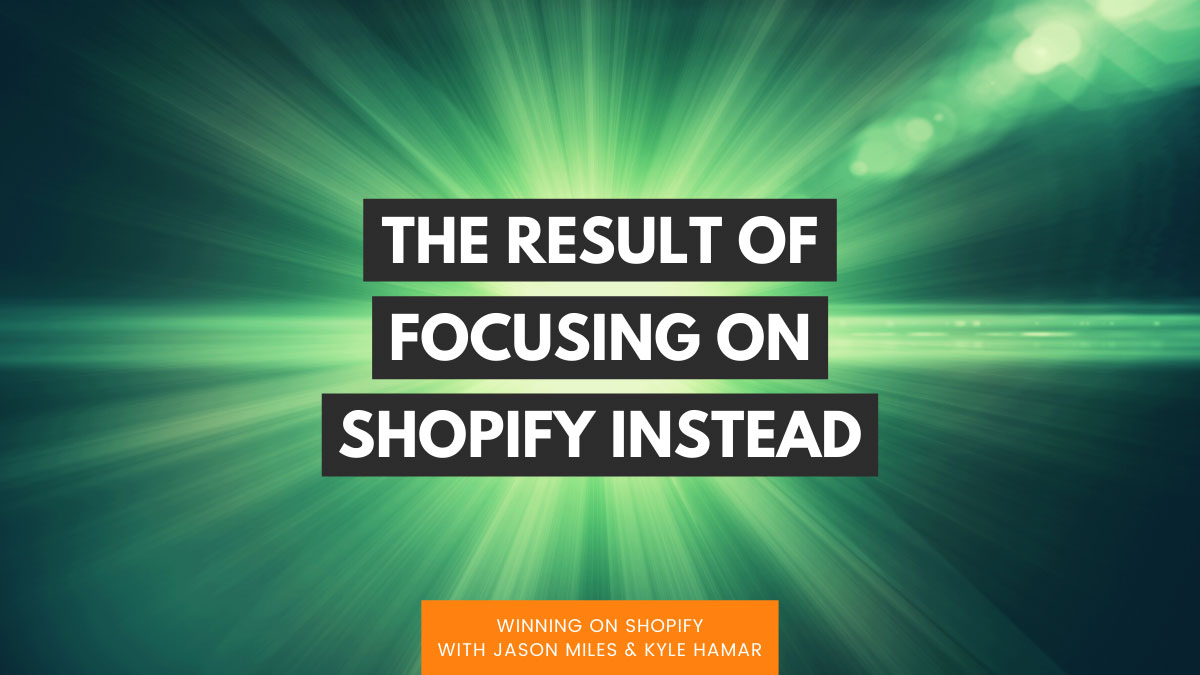 The Result Of Focusing On Shopify Instead?

In the last 90 days, we've had almost 500,000 unique visitors to our site (www.pixiefaire.com)! That blows our mind. Here's a screenshot of that from the (very cool) Shopify dashboard: 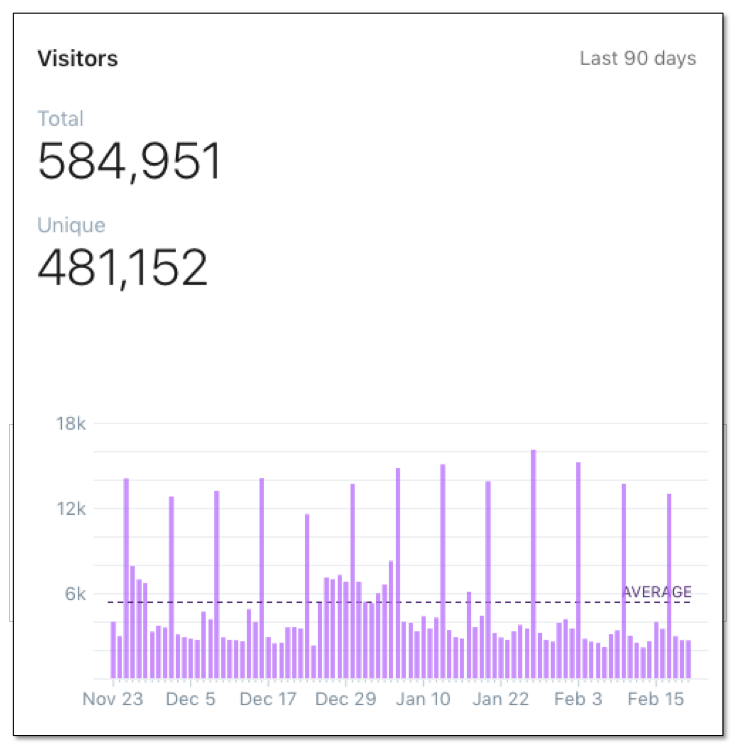 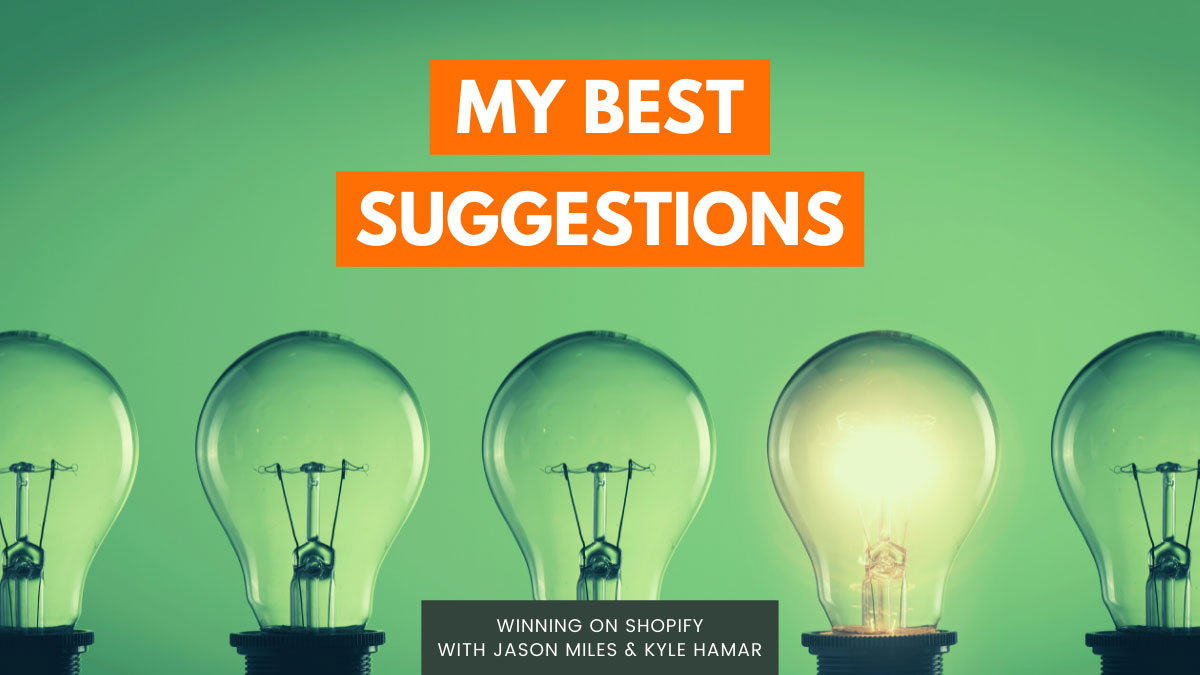 If you're feeling like a failure because you're trying to sell on Amazon and it's not working well - then I hope this article has given you a couple insights to find your next path. You might have an awesome product idea! You might have a terrific strategy to serve your customers. You might be closer to success than you realize. Maybe the problem is the sales channel.

There is a massive world of customers, niches, and products that will naturally reside outside Amazon - and maybe you're in one of them.

Take the time to really slow down and ask yourself:

Thanks for taking the time to consider these ideas. If you've enjoyed this article, be sure to like us on Facebook and share it there with your fellow entrepreneurs.

If you'd like additional training and coaching to achieve your Shopify goals, consider applying for our coaching program today!